Dr Bichara KHADER is Professor Emeritus at the Catholic University of Louvain and Founder of the Study and Research Centre on the Contemporary Arab World. He has been member of the Group of High Experts on European Foreign Policy and Common Security (European Commission) and Member of the Group of Wisemen on cultural dialogue in the Mediterranean (European Presidency). Currently his isvisiting professor in various Arab and European universities. He edited and published some 30 books on the Arab World, the Euro-Arab, Euro-Mediterranean and Euro-Palestinian relations

Palestinian memory is replete of events related to Europe ( Crusades 1099-1290), Napoleon’s expedition in Egypt and Palestine (1798-1799), the establishment of the first European consulates ( 19thcentury), the first Congress of the Zionist Organisation in Bâle (1897), European broken promises to Sharif Hussein (1915), the secret Sykes-Picot agreement (1916), Balfour Declaration (1917), British Mandate in Palestine (1922-1948), the West-sponsored partition plan of Palestine (1947) and finally the recognition of the State of Israel by most of European countries. To put it in a nutshell, Europe has been “part and parcel of the Palestinian issue”1 since its very beginning.

Since 1948, the main concern of Western countries was to secure the existence and consolidation of the State of Israel, to shield it from its Arab environment. The Palestinian “Nakba” – the forced exile of two thirds of the Palestinian people- was seen as a “collateral damage” and for many Europeans the Palestinian Question became a “refugee problem” which must be dealt with as a “humanitarian issue”.

The historical context in Europe and the geopolitical transformation in the Arab World offer some clues to understand European primordial sympathy towards the Zionist movement. The Shoah has produced in Europe an immense feeling of guilt: European States and public opinion, in general, felt that they have a “moral debt” towards Israel. By contrast, events in the Arab World, in a context of decolonization, were perceived as largely hostile to the West, in general, and to European interests in particular: the Egyptian revolution (1952) the nationalisation of the Suez Canal Company (1956), the Algerian Liberation war (1954-1962), and the destruction of the pro-Western Hashemite Kingdom of Iraq (1958), among many other dramatic events.

In such a context, Israel strategic relevance was bolstered: many Europeans perceived Israel not only as a “safe shelter” for the Jews, but also as a “shield” against a turbulent anti-western environment and a “stronghold” protecting European interests. The participation of Israel in the tripartite aggression against Egypt in 1956 is clear indication of the role which has to be assumed by the newly born “Jewish State”. This is the general picture on the eve of the Rome Treaty (1957). establishing the European Economic Community (EEC)

From 1958 until 2022, Europe’s position has moved slowly but surely from total neglect of the political dimension of the Palestinian Question (1957-1967), to the recognition of the “legitimate rights “of the Palestinians (1973), the need for “a homeland “ for the “ Palestinian People”(1977), and their right for “self-determination”, which should be achieved through negotiations with the “participation of the PLO “(Venice Declaration 1980), which implies a “ Palestinian state”(Berlin Declaration 1999) , living side by side with Israel, with “Jerusalem as the capital of the future Palestinian State”(EU’s statement 2009)2. In many other statements, the EU condemnedIsrael’s “occupation”, of Palestinian and Syrian territories, denounced the “settlement policy”, reiterated the urgency of the “two- state solution”, and insisted upon the necessity of having a sovereign, viable and contiguous Palestinian state (Paris Conference, January 15, 2017).

EU policies have come under attack from different directions. Israelis and many European Jews3 have repeatedly blamed Europe for its “megaphone diplomacy” and for it’s supposed pro-Palestinian bias, or “pro-Arab shift”4 while many Palestinian and European researchers highlighted EU’s “power deficit”5 and the expectation-performance gap in European declaratory policy, denouncing either the “failure of the EU”6 or, even, the “European betrayal” of Palestine7.

My argument here is less harsh. Indeed, Iargue that, since 1974,Palestine has become a core issue of the nascent European Political Cooperation (EPC). There have been countless EU’s statements on the Palestinian Question and the Arab Israeli conflict condemning Israeli occupation and annexation and calling for a Two States Solution. Be adhering to international norms, the EU has contributed to bolster Palestinian legitimate claims and have been instrumental in the world-wide recognition of Palestinian rights.

But I also argue that EU’s policies remained constrained by inconsistent and incoherent policies. Indeed, by remaining a faithful follower of the US and a junior partner in the Peace Process, by failing to impose non-violent coercion on Israel in spite of its repeated breaches of international law, by failing to translate its declaratory policy into real action, and by contenting itself with providing financial help to the Palestinians in the absence of a lasting solution, the EU failed in showing a sense of purpose and leadership in the Middle East and ultimately left the US in the driving seat with tragic consequences in terms of continued Israeli occupation and rampant colonization which led to the collapse of all peace plans

The expectation-performance gap has produced a widespread feeling that EU’s diplomacy is out of step of popular sentiment which is increasingly critical of Israel’s policies8 and frustrated by EU’s perceived complacency with this country. Such a mismatch is obvious at least since the last 20 years. I argue, in this respect, that the decision of the EU, in July 2013, to label Israeli Settlements products, is to a great extent a response to EU civil society’s pressures and the Boycott Campaign.

Despite all its limitations, constraints and flaws, EU’s declaratory policies have not been totally unproductive or unhelpful. While the US did not live up to their role of honest broker, EU’s more even-handed approach helped shoring up Palestinian legitimate claims.

It is therefore possible to speak about a “European political acquis”9 with regard to the Arab Israeli conflict, based on theaffirmation of conceptual guidelines (just peace, Palestinian self-determination, two-state solution etc.), and on the restatement of international law (illegality of settlement and annexation policies, and inadmissibility of acquisition of territory by force etc).

Undoubtedly, we may criticize EU’s role as a “political toothless actor” in terms of lack of leadership, visibility, efficiency, internal consensus and international recognition. But we must admit that, since 1972, the Palestinian Question has been a core-issue of European foreign policy. In the final analysis, the EU has been more forward-looking than the USA. The table below summarises the documentary record of EU’s Declarations on the Palestinian Question and offers clear evidence of my argument.

The evolution of EU’s position on the Palestinian Question1972-2022

Although I do subscribe to the observation frequently made by researchers10, concerning the rhetoric-reality gap, I believe, nevertheless, that, sometimes, rhetoric has some power and is not totally meaningless. Israel understands that well: suffice to read its vigorous reactions to European statements on the Arab Israeli conflict.

The fact that the EU has failed to translate its rhetoric into action does not stem from the futility of its discourse, but from the institutional constraints, the differences between the Commission, the Council and the EU parliament, the divergent priorities and memories of its Member States, the reluctance of the EU to use its leverage and the limited external autonomy. All these factors contributed to diminish the EU capacity to weigh on events and to enhance its geopolitical role.

In its relation with Israel, the EU has been handicapped by its resistance to pressure and to sanction, on the pretext that constructive engagement is better choice with Israel that is “one of us”, a member of the “western family”. Such reluctance has contributed to a “culture of impunity” which rendered Israel totally deaf and blind. Such European complacency has tarnished the image of the EU as “normative power” and was certainly not helpful to the Peace Process itself.

Time has come for the EU to change course, style, attitude, method and instruments. Putting the Peace Process on the right track 11 does not mean, in any way, to restart negotiations but to engage in peace-building12 and not simply in status-quo keeping. The EU should understand the geopolitical, psychological and symbolic centrality of the Palestinian Question for the Arab and the Islamic worlds. Given the traumatic spill-over of the Palestinian Question on the region and beyond, given the instrumentalization of the conflict by authoritarian regimes as well as by radical religious movements, and given its poisoning effect on relations between Europe and the Arab World, and, more globally, between the West and the Islamic World,13 a lasting and a just peace in Palestine is not only a Palestinian or an Israeli, or even an Arab interest, it is, above all, a World interest. That’s why the question of a “just peace” should not be left at the mercy of warmongers.

The EU must be tougher with Israel by adopting a Human-rights approach to force an attitude of compliance with international law. We are in dire need of a third Intifada, but an Intifada totally different from the two previous ones, an Intifadawhich, in the words of Thomas Friedman14,” would be led by the European Union and other opponents of the Israeli occupation of the West Bank across the globe and which will be based on boycott, disinvestment and sanctions15 ” hitting the pockets of every Israeli. The EU has some leverage: Israel’s economy depends largely on its exports to Europe, and European investments in its high-tech industries. According to the Israeli Finance minister Yair Lapid, quoted by Thomas Friedman, “even a limited boycott that curbed Israeli exports to Europe by 20 percent would cost Israel more than $ 5 billion a year and thousands of jobs”.

Already Investments funds and big firms have decided to withdraw their investments from Israel’s large banks and firms. Labour Unions and a large number of universities are participating in the boycott campaign, not to delegitimize the State of Israel itself, but to “make it feel morally insecure”16. The EU should make the Israelis understand that impunity is over, that there are not above the international law, and that keeping building settlements and relentlessly humiliating the Palestinians is tarnishing the image of Israel, frustrating its friends and energizing the boycott campaigners. The invasion of Ukraine by the Russian Army ( February 2022) and the immediate response of the EU has given the proof that the EU can perform as a geopolitical actor. It should react, in the same manner, to the illegal Israeli occupation of Palestinian and Arab territories.

More than ever, the Palestinian Question remains a litmus test of EU’s credibility, coherence and consistency. If the EU fails to deliver, not only it will discredit itself, but also the two-state solution of which the EU is a staunch advocate, may simply become an exercise in fantasy.

2 Speaking in the Knesset on the 18th of November 2013, French President, François Hollande courageously reiterated the EU position on Jerusalem, capital of the “two states” .

3 On 29 May 2002, thousands of Jews gathered in Brussels in solidarity with Israel denouncing European pro-Palestinian stance and linking it to anti-Semitism.

8 See the results of the Poll conducted in 2011 by ICM for Al Jazeera Center fir Studies, the Middle East Monitor and the Europe Muslims Research Center, January 2011., which showed that 41% of adults surveyed believed that Israel’s “oppression of the Palestinians is the biggest obstacle to peace”, p. 1

10 See the book edited by Ezra BULUT-AYMAT: op.cit. , particularly the article by Nathalie TOCCI : The conflict and EU-Israeli relations, pp.55-63

11 See Sarah Anne PENNICK:  On the right track: challenges and dilemmas of EU peace-keeping in the Middle East”, Working Paper, JAD-PbP no.6, March 2010

12 Annika BJORKDAHL, Oliver RICHMOND and Stephanie KAPPLER: The EU peace-building framework: potentials and pitfalls in the Western Balkans and in the Middle East, JAD-PbP, Working Paper, no.3, June 2009

13 “The growth of Islamic extremism and the unprecedented hostility towards America in the Islamic World is directly related to the continuing bloodshed between Israelis and Palestinians. To think otherwise is foolish and dangerous”, in Jimmy CARTER: Palestine, Peace and not Apartheid, Simon and Schuster, New York, 2006

Europe and the Palestinian Question (1948-2022) declaratory but toothless diplomacy

Europe and the Palestinian Question (1948-2022) declaratory but toothless diplomacy 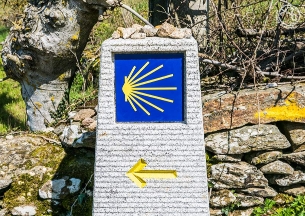